The list of performers and special guests for Naomi Judd’s memorial service has been finalized.

More high-profile names have signed-on to be apart of the public memorial dubbed – Naomi Judd: A River of Time Celebration – which is named after The Judds’ fifth studio album, as well as their song of the same name.

Deadlineis reporting that country music stars Brad Paisley, Carly Pearce, and Jamey Johnson have been added to the star-studded performers list; while Bette Midler, Reba McEntire and Reese Witherspoon have been enlisted to deliver special messages.

Judd’s husband Larry Strickland is now among those who will speak at the memorial. 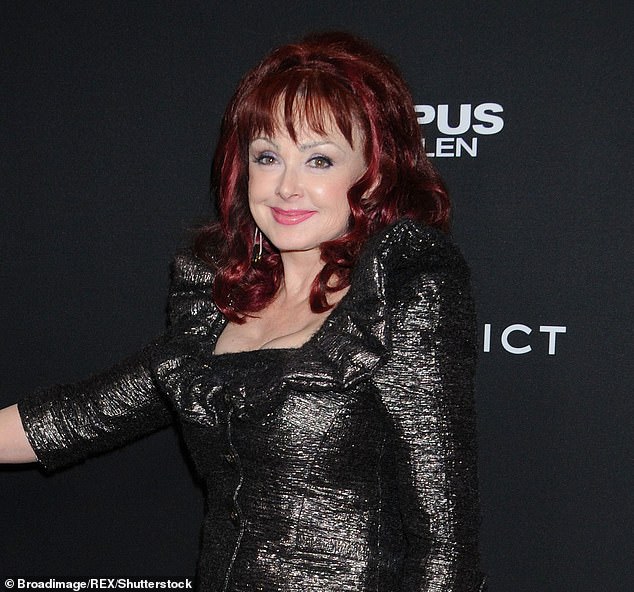 The tribute to Naomi Judd will air live and commercial-free from Nashville’s historic Ryman Auditorium on CMT and Sandbox Live beginning at 6 PM ET on Sunday, May 14.

Good Morning America anchor Robin Roberts, who is a close family friend of the Judds, will host the memorial.

Bono, Oprah Winfrey, Morgan Freeman and Salma Hayek had already been enlisted to send video messages for the special event.

Along with Strickland, the other featured speakers at the memorial include singer-songwriter Martina McBride, as well as Naomi’s daughters Ashley and Wynonna Judd. 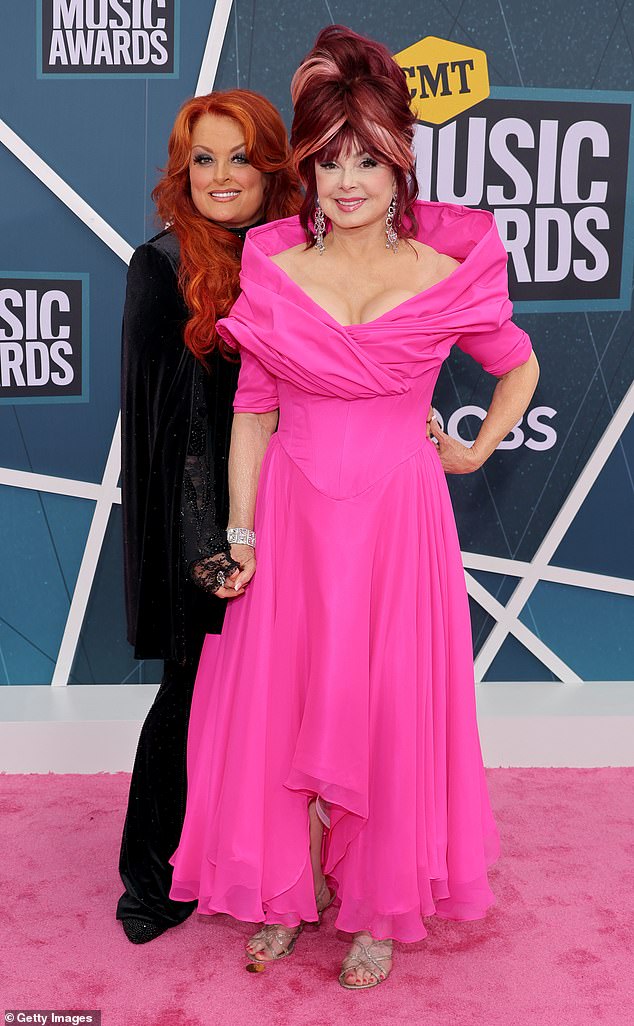 Gone but not forgotten: Naomi Judd: A River of Time Celebration will air on CMT this weekend; Wynonna Judd and her mother are pictured in April 2022 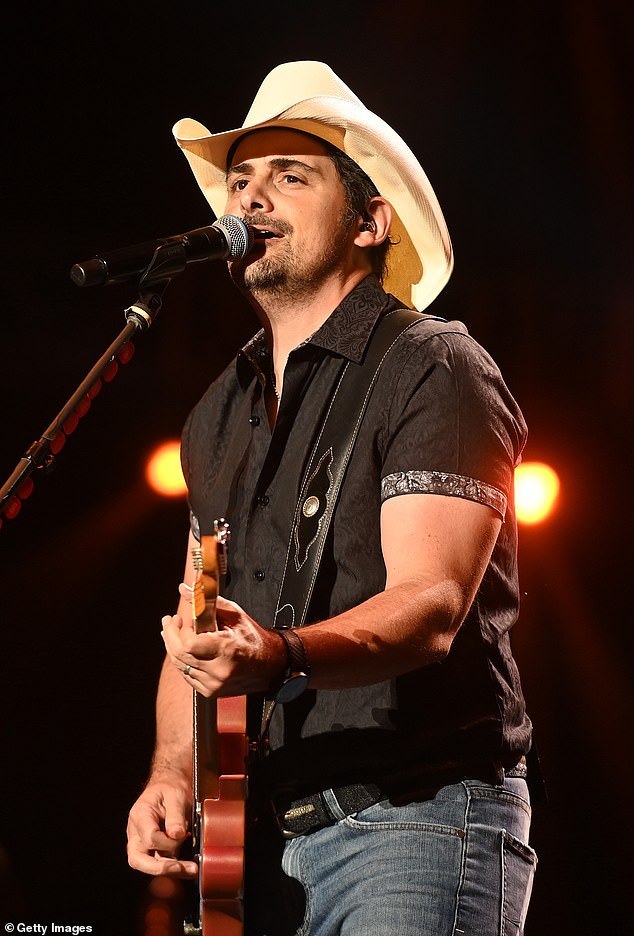 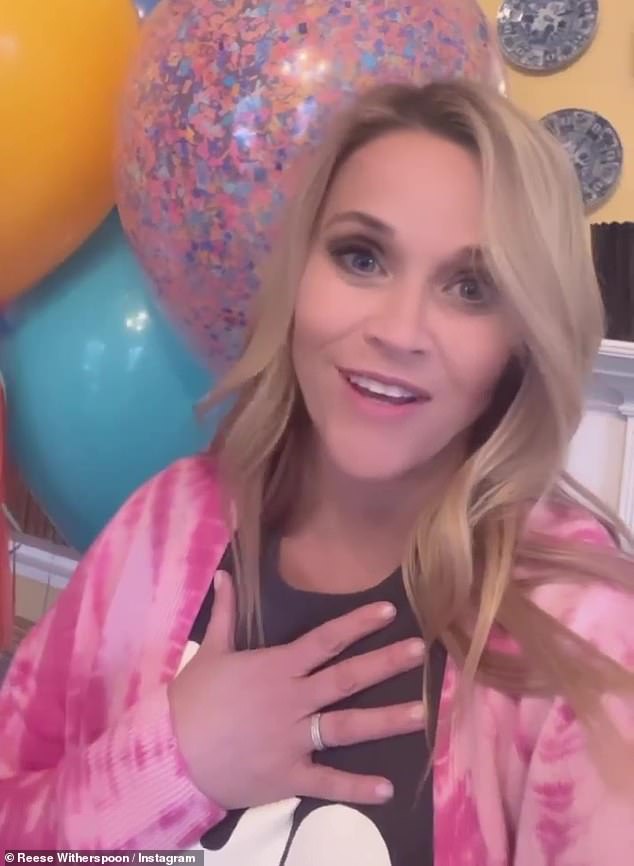 Star-studded: Reese Witherspoon, Bette Midler and Reba McEntire has signed-on to deliver special messages that already had enlisted the likes of such high-profile celebrities as Bono, Oprah Winfrey, Morgan Freeman and Salma Hayek; she is seen in March 2022

Naomi Judd died last week, at aged 76, of a self-inflicted gunshot on Saturday, April 30, according to her daughter Ashley.

The acclaimed actress shared some of the gruesome details on Good Morning America as a means to speak on behalf of the family, and get ahead of the media coverage before details are ‘out of our control.’

During the conversation, she attributed her mother’s death to ‘the disease of mental illness

The Double Jeopardy actress said she was the person who discovered her mother after her suicide: ‘I have both grief and trauma from discovering her,’ the 54-year-old added. 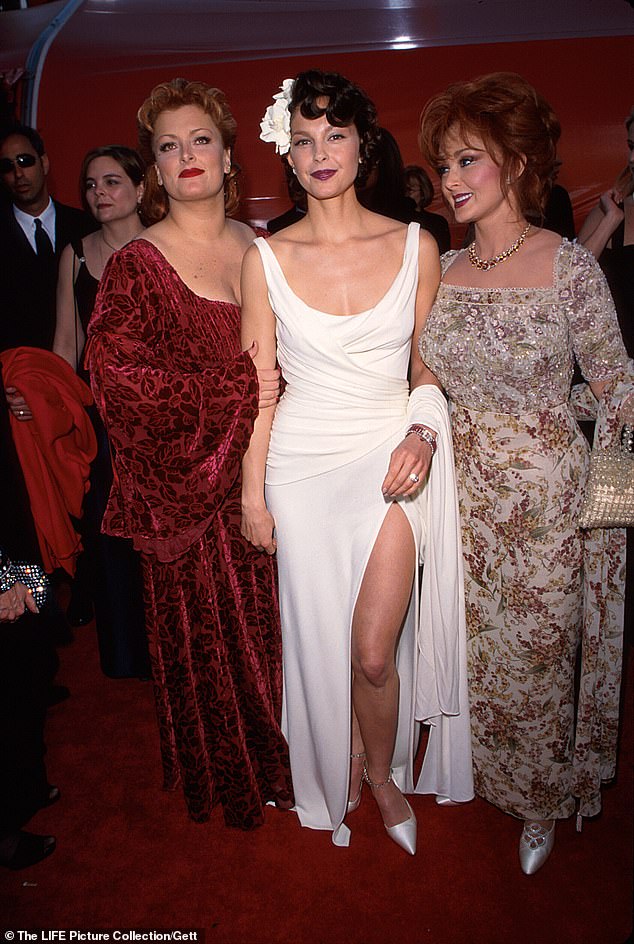 Tragic: Naomi Judd died of a self-inflicted gunshot on Saturday, April 30, according to her daughter Ashley who found her body; Wynonna and Ashely Judd are seen with their mom 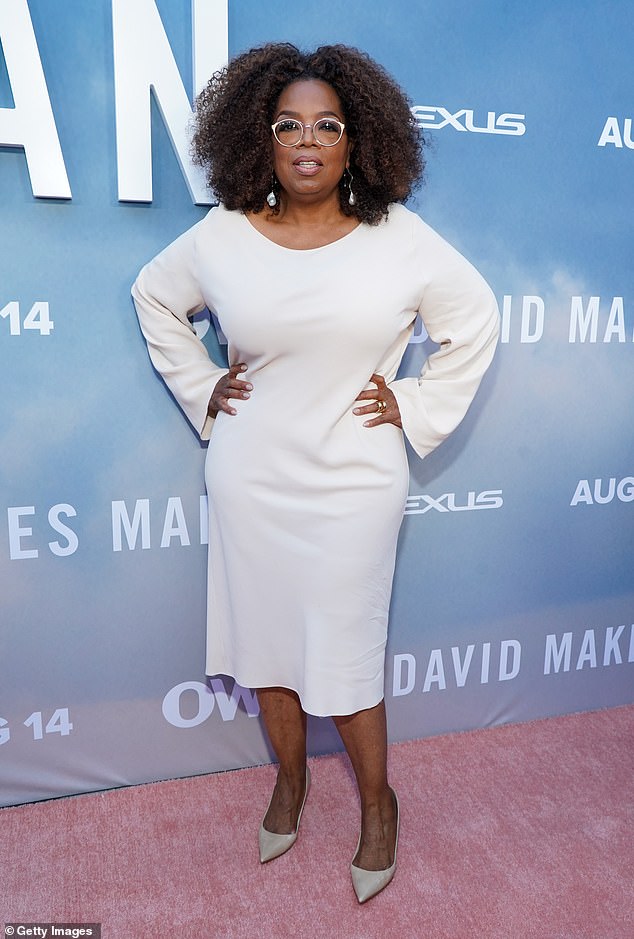 More star-studded support: Oprah Winfrey is among the celebrities who are participating in the public memorial in some capacity; the media and talk show legend is seen in 2019

Naomi took her own life just one day before she and her daughter Wynonna, 57, were set to be inducted into the Country Music Hall of Fame as members of the music duo The Judds.

‘That is the level of catastrophe of what was going on inside of her,’ Ashley said. ‘Because the barrier between the regard in which they held her couldn’t penetrate into her heart and the lie the disease told her was so convincing.’

In the wake of the heartbreaking tragedy, Ashley and Wynonna still attended the induction festivities and delivered a heartfelt speech dedicated to their mother.

‘My mama loved you so much and she appreciated your love for her,’ Wynonna said during the speech. ‘And I’m sorry that she couldn’t hang on until today. Your esteem for her and your regard for her really penetrated her heart. And it was your affection for her that did keep her going in these last years.’ 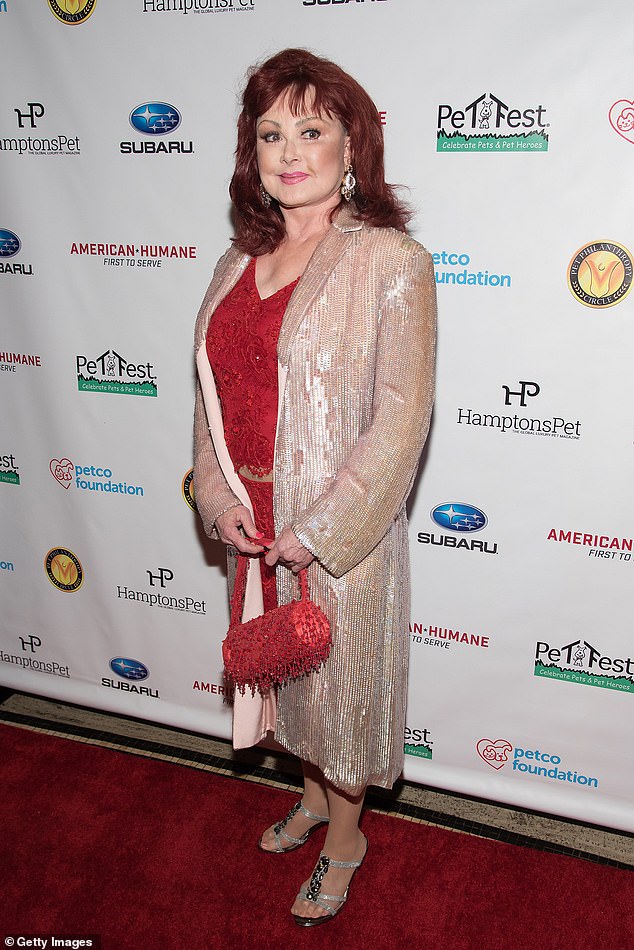 Legend: Naomi took her own life one day before she and her daughter Wynonna, 57, were set to be inducted to the Country Music Hall Of Fame; she is pictured in 2016

Hypnosis and Its Influence Over Championship Winning Sportsmen

Car Dealerships Near Me